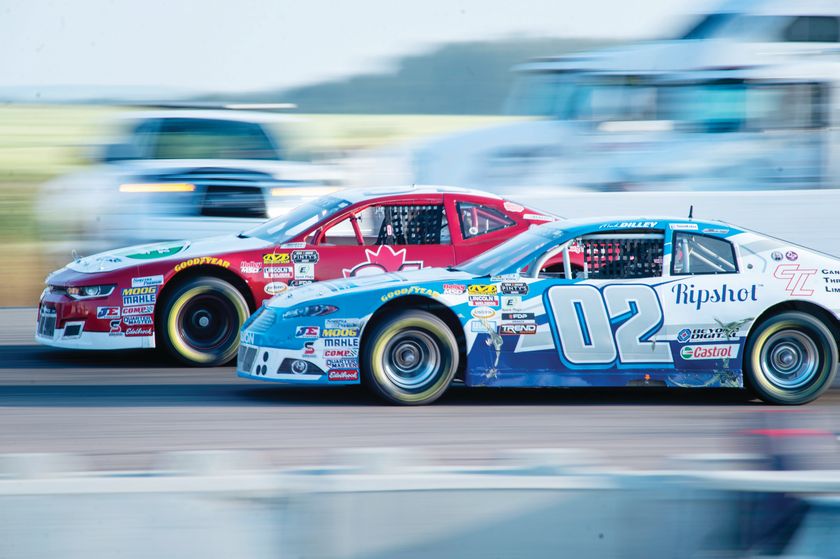 Summer of 2019 was an eventful few months to say the least. We had so many exciting projects, but one of the most memorable ones was filming a video production for Edmonton International Raceway (EIR). We were asked to do a 30 second commercial for EIR’s advertisement video for use in social media (Facebook, Instagram, YouTube), to increase awareness! In the 30 second video, we highlighted the facility’s racetrack & pit, while also showcasing the cars and the drivers. Our goal was to emphasize the positive energy at EIR, and emanate the fun and excitement at Edmonton International Raceway! The EIR is located in Wetaskawin and is Western Canada’s only nascar sanctioned race track. The raceway is a complete hidden gem, with fantastic food and super family friendly.

Check out the Race track: Here

Rain, Rain, Go Away… Lucked Out On Filming Day!

As all Edmontonians are aware, our summer was not ‘great’, in fact some would say we didn’t even have a summer. We had 54 days of rain between June and August, and only had a handful of days above 25 degrees celsius. This being said, we were so incredibly lucky to have filmed the video on a day when it wasn’t raining. The crew took an early mini road trip to Wetaskiwin, the home of EIR. It was incredible to see this gigantic race track that can hold thousands of people, with maybe 5 people physically there. We got great shots from various points on the track and in the pit. We mounted GoPros to race cars being driven by professional race car drivers, as they did laps around the track. The smell of gasoline, burned rubber and the sound of the engines roaring and tires squealing was something I had never experienced before. Male and female drivers, took turns zooming with the mounted cameras on their hoods or inside their vehicles. As well, we had one of our cities best drone operators, get gorgeous aerial shots of the race track, and follow cars as they made their way around the pit. We even had the opportunity sit inside their bullet fast, bat mobiles. One would think that after watching Ricky Bobby multiple times, I would have known that race cars do not have doors- NOPE. I ever so ungracefully stumbled through the window and did up the 5 way seat belt. You can see the joy and shame in my face in the photo below. 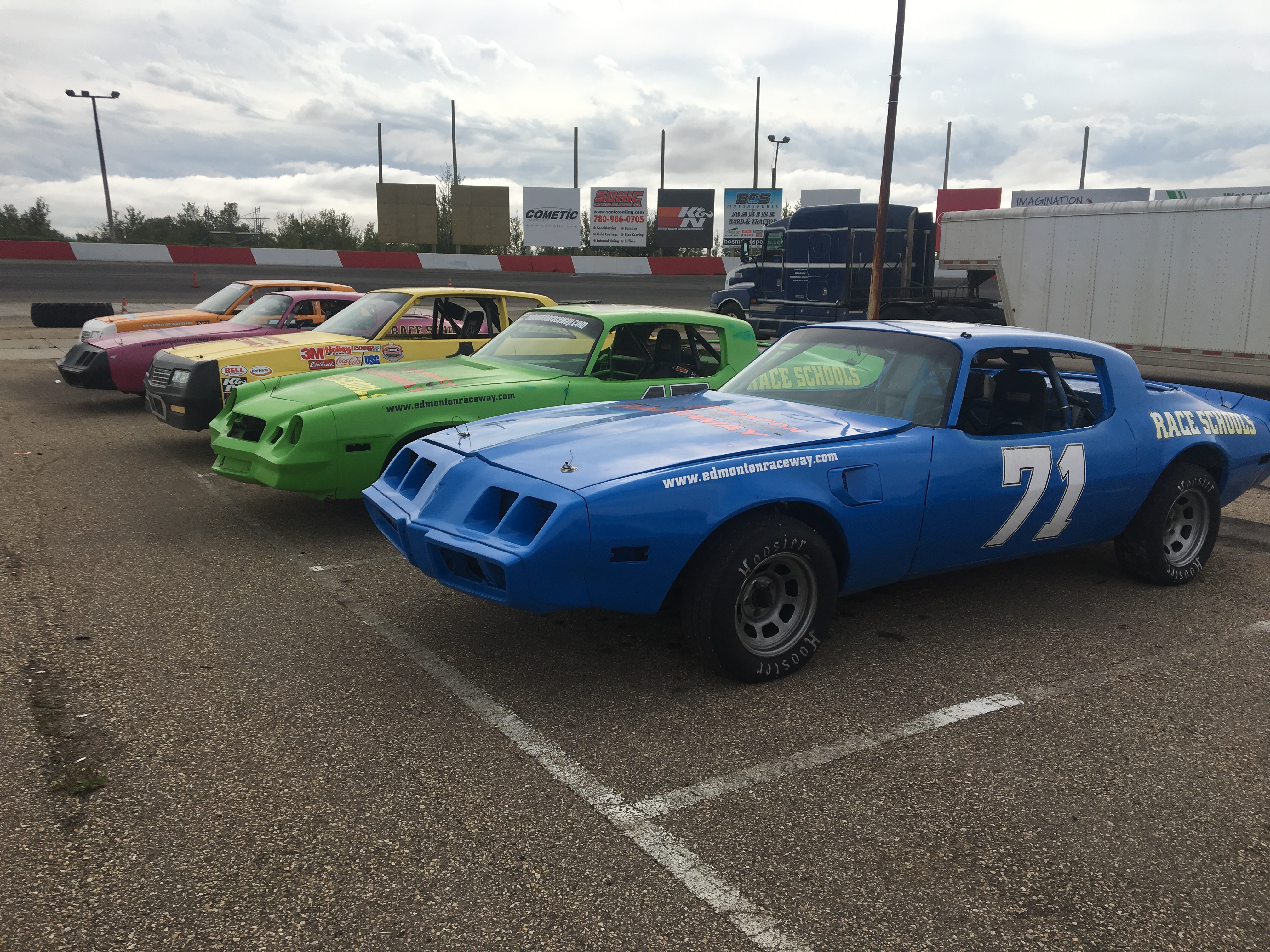 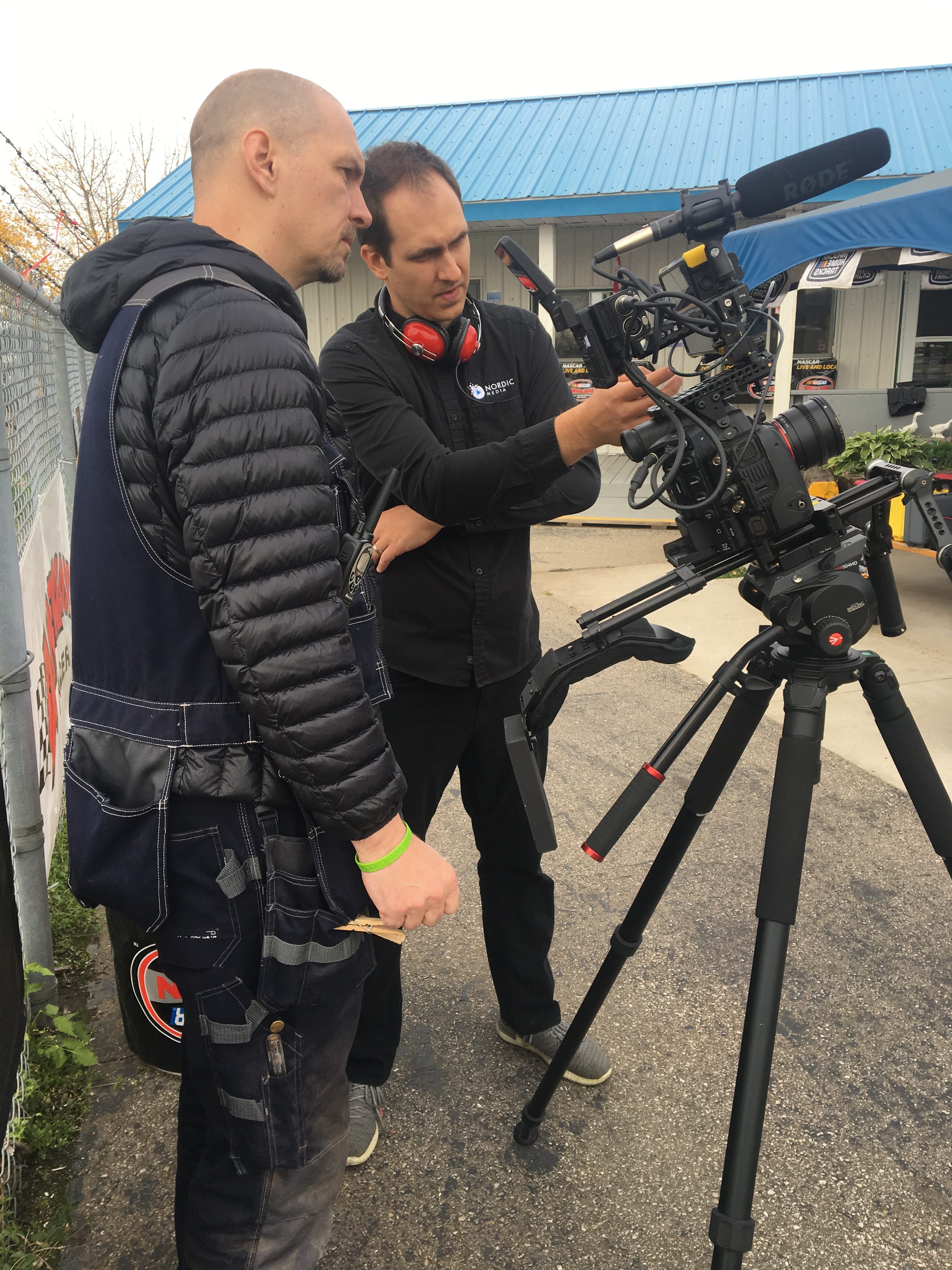 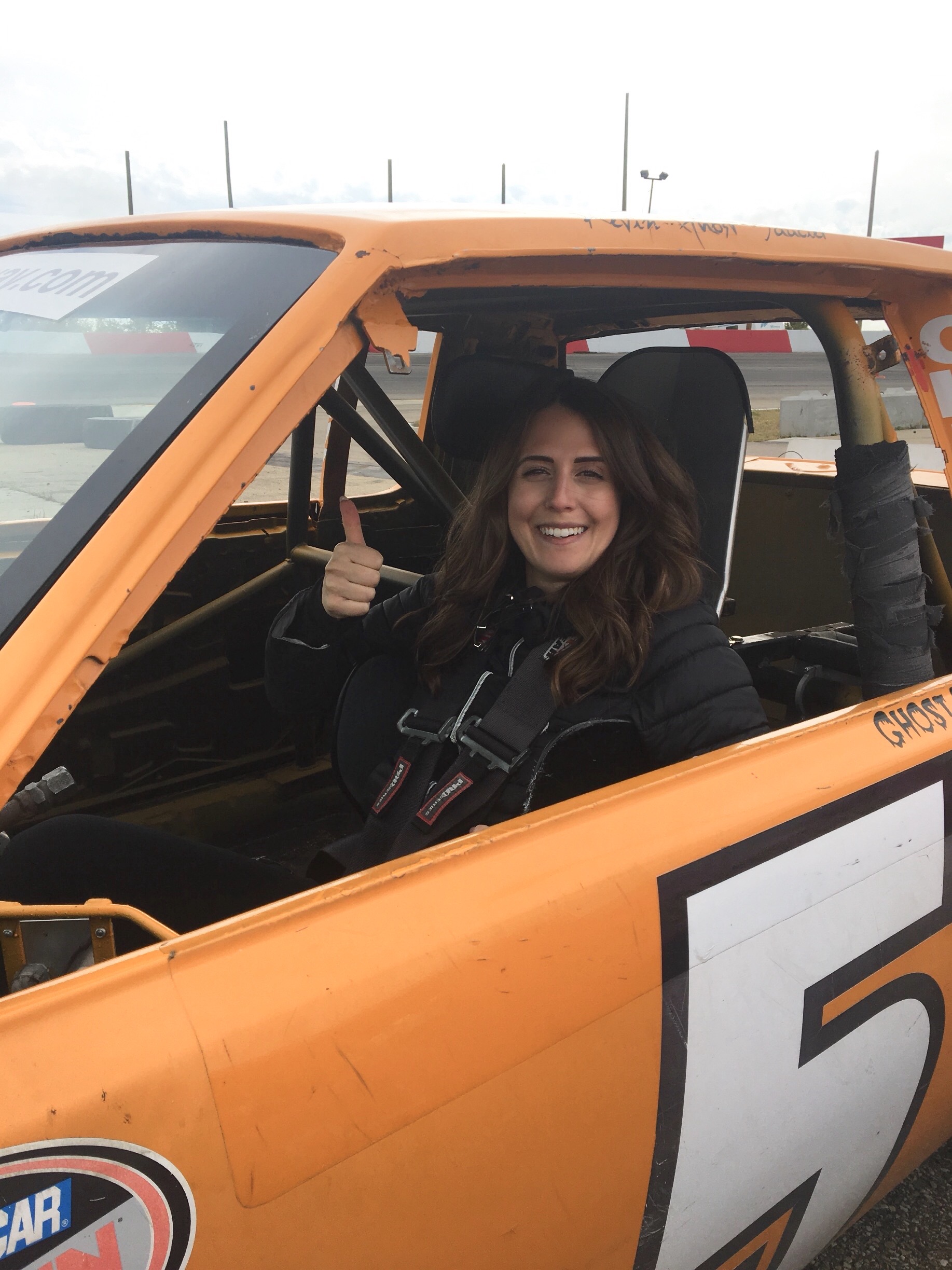 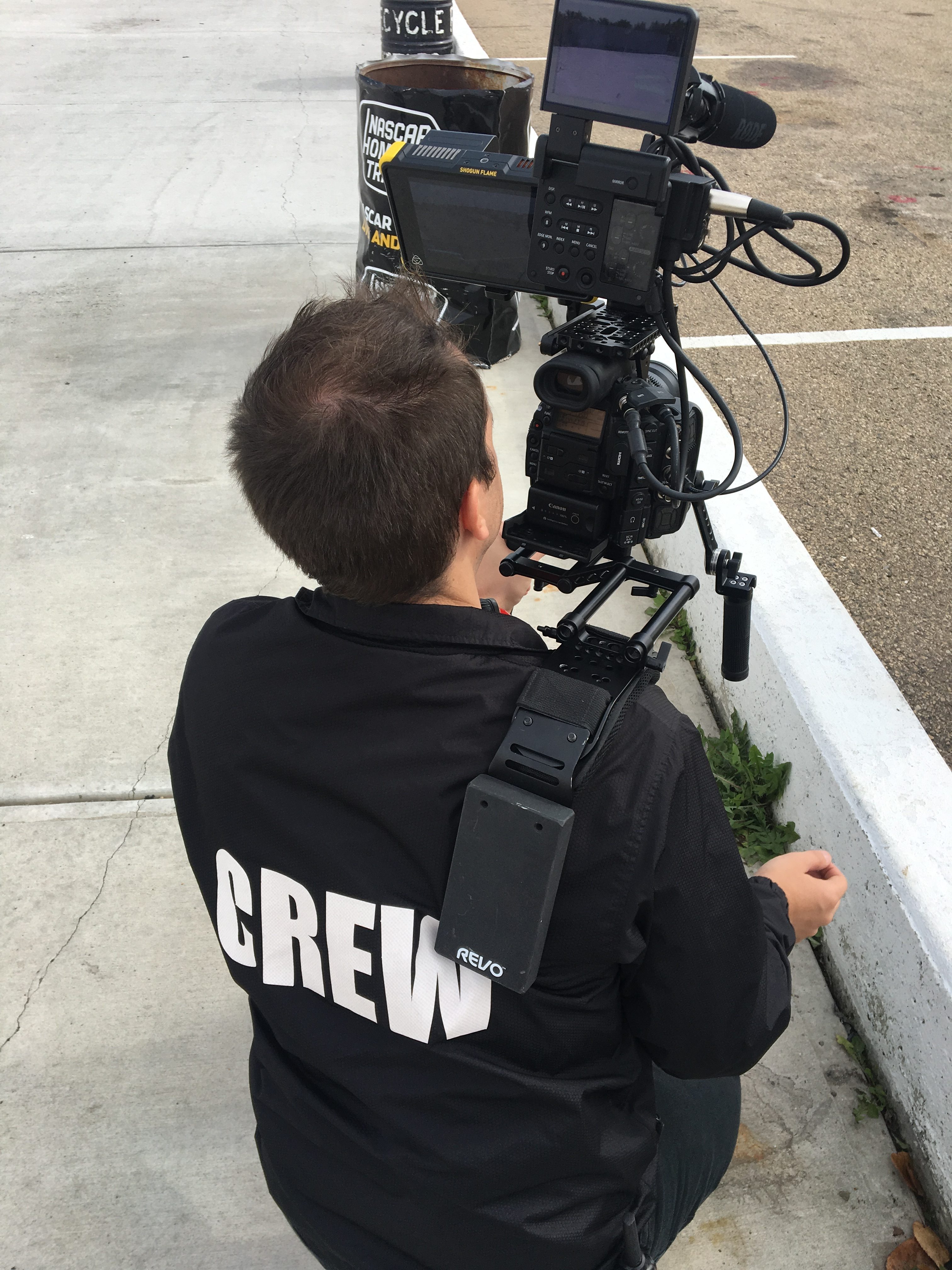 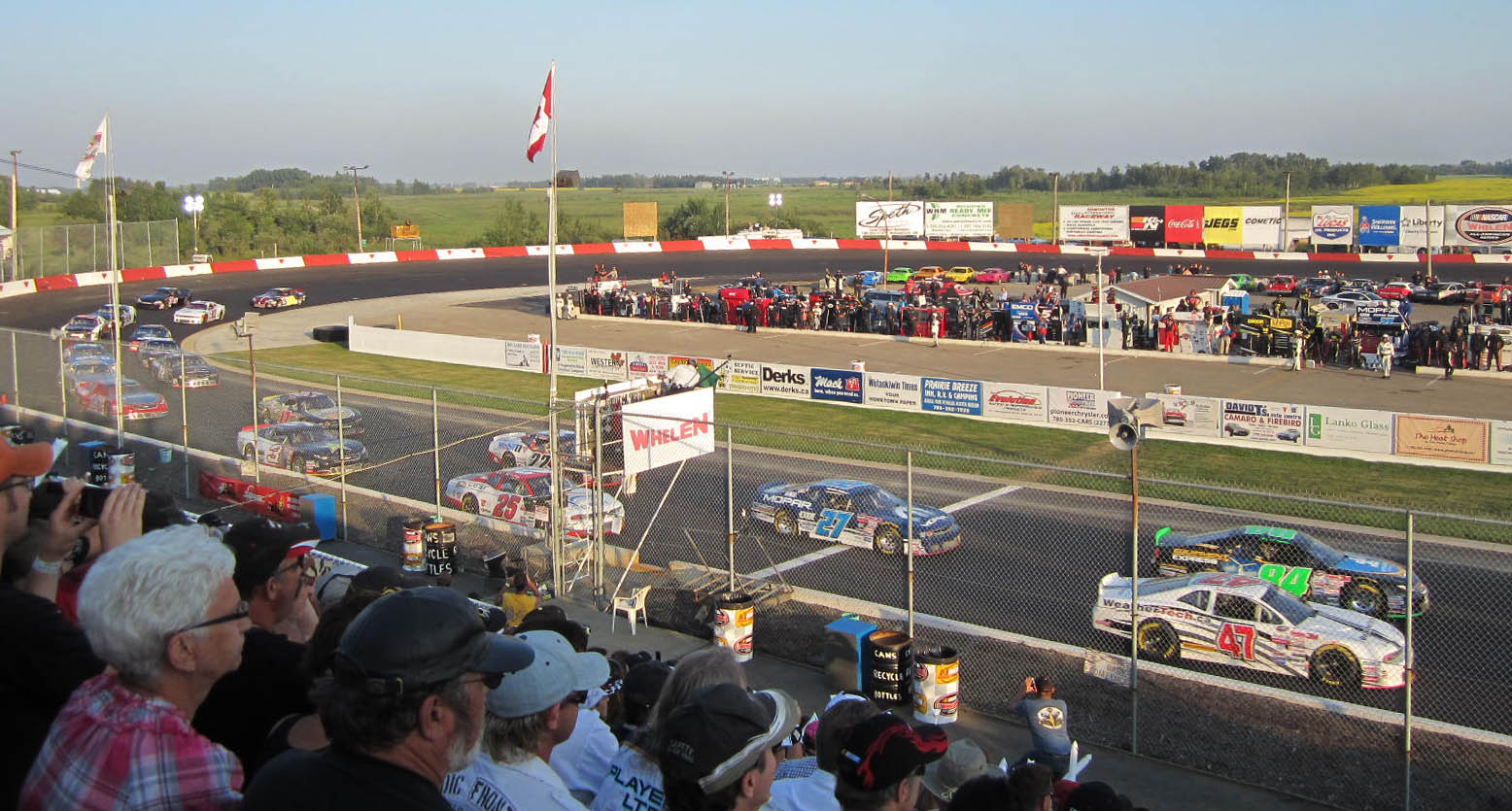 Editing took about two days of booth time and was completed in house here at Nordic Media. We selected some upbeat music to go with the tone and only had to do a little colour enhancement. We were so happy with the spectacular drone footage and how well it was transitioned into the GoPro and stabilized shots. The video really makes the viewer feel like they are actually at the track, as well as increase their desire to go to EIR. Ultimately, the owners and staff at the Edmonton International Raceway loved the video and resulted in more ticket sales- which is our definition of a successful video production.

We are an Edmonton marketing agency that focus on delivering superior results through creative, video, and web services to our clients in Edmonton, Alberta and beyond.  We take pride in everything we work on. Let us know how we can help you today by visiting or contacting us.