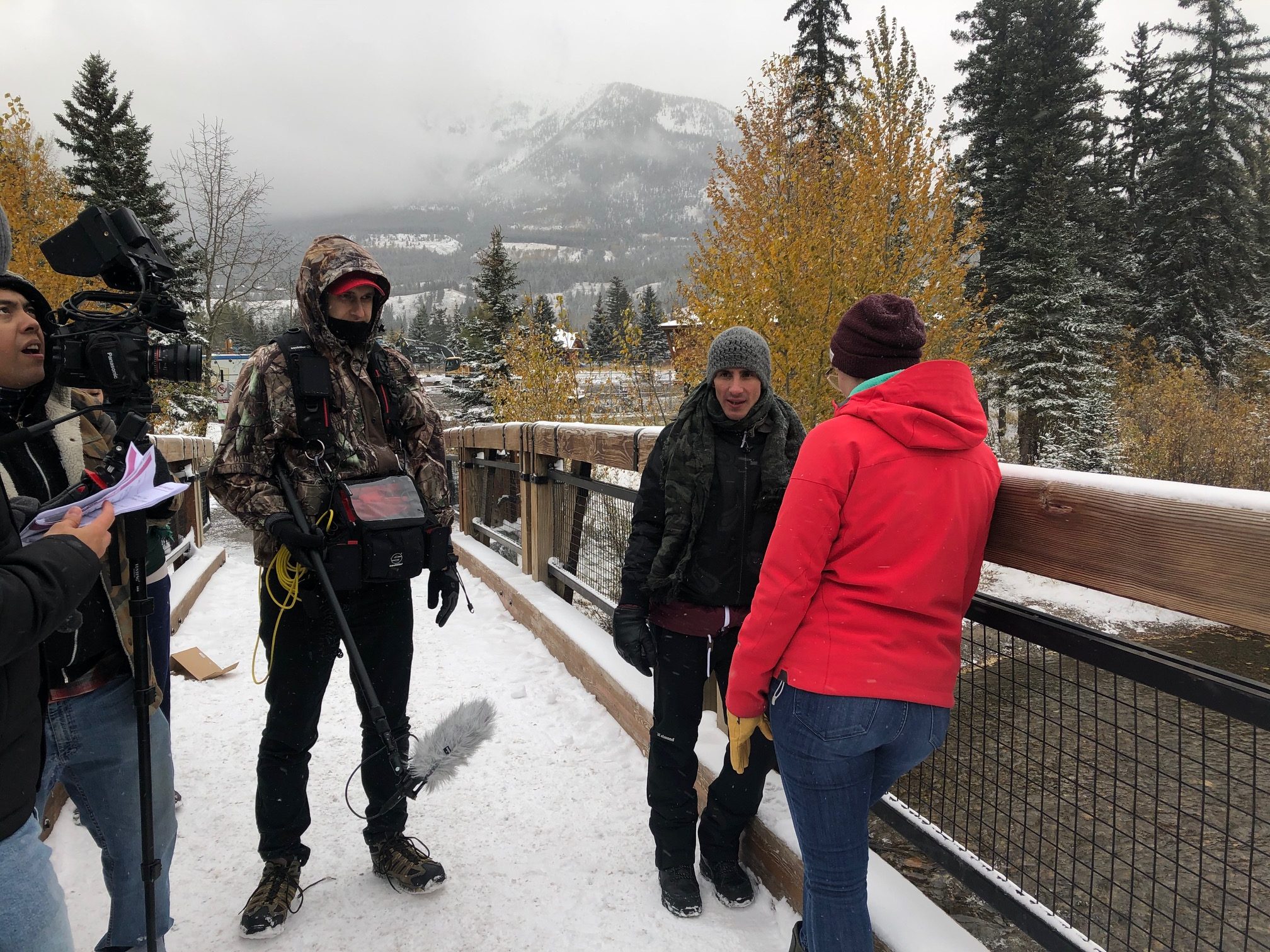 A Video Production to Promote the Prairies and Rocky Mountains

This month we had the wonderful pleasure of working with a Production company from Mexico, Inhouse Producciones and with Destinations Canada. We were hired for Field Producing and Production Coordinating to arrange activities for scenes, scout and book locations as well as get all the permits for filming. It was a process that took us weeks of planning, hundreds of emails and phone calls- an awesome experience and ensured the video production went off without a hitch. The purpose of this video was to encourage travel from Mexico to Canada, as strong arrivals from  Mexico through 2018 indicates a continuing positive trend after the initial progress following the changes to visa requirements at the end of 2016. As found by Destinations Canada, “Strong direct air arrivals were supported by a 35% expansion of air capacity between Mexico City and Canada in 2018, which is the highest increase in air capacity to Canada of all Destination Canada’s international markets”.

To encourage tourism, Destinations Canada and Inhouse Producciones showcased Rommel Pacheco, a well Olympic diver from Mexico to exploring and having a blast in Calgary and Canmore. Utilizing Rommel’s positive energy, infectious laugh and love for Canada, we filmed him checking out museums, Calgary’s downtown, numerous sport complexes and eating Alberta beef. Some locations that that we used for the video were the Wonderland sculpture, the Peace Bridge, Princess Edward Island Park, Scotsman Hill and Stephen Ave. We also got to shoot at the Olympic Hall of Fame and meet a fellow Olympian, Alex Gough. Alex is a two-time Olympic luge medalist winning bronze in women’s and silver in the team relay at the 2018 Winter Olympics. She is the first Canadian to win a luge medal at the Olympics. We had Alex  welcome Rommel to Calgary and act as a guide around her hometown (Calgary), where she took him to Winsport, Bell Studio, some of her favourite spots in Canmore and even introduced the cast and crew to Tim Hortons!

It was great to see so many restaurants, business owners and managers open their doors and graciously welcome the cast and crew. Especially at Saltlik, Calgary where we arranged for a team lunch and had the most amazing customer service. Our minds were blown by not only their incredible steaks, but by their superior hospitality and generosity. Our tourists were very impressed with their meal and vowed to return anytime they ever return to Calgary. We also had great joy in seeing the cast and crew light up whenever we drove by a Tim Hortons, and had to make a couple of stops during our trip. They couldn’t seem to get enough of Timmies donuts and chilli, and stated that it was an essential piece that enhanced their video production. Calgary is well known for their trendy restaurants and cuisine scene, and didn’t miss a beat when we had desert at the Nash, a delicious upscale restaurant in Inglewood, Calgary. 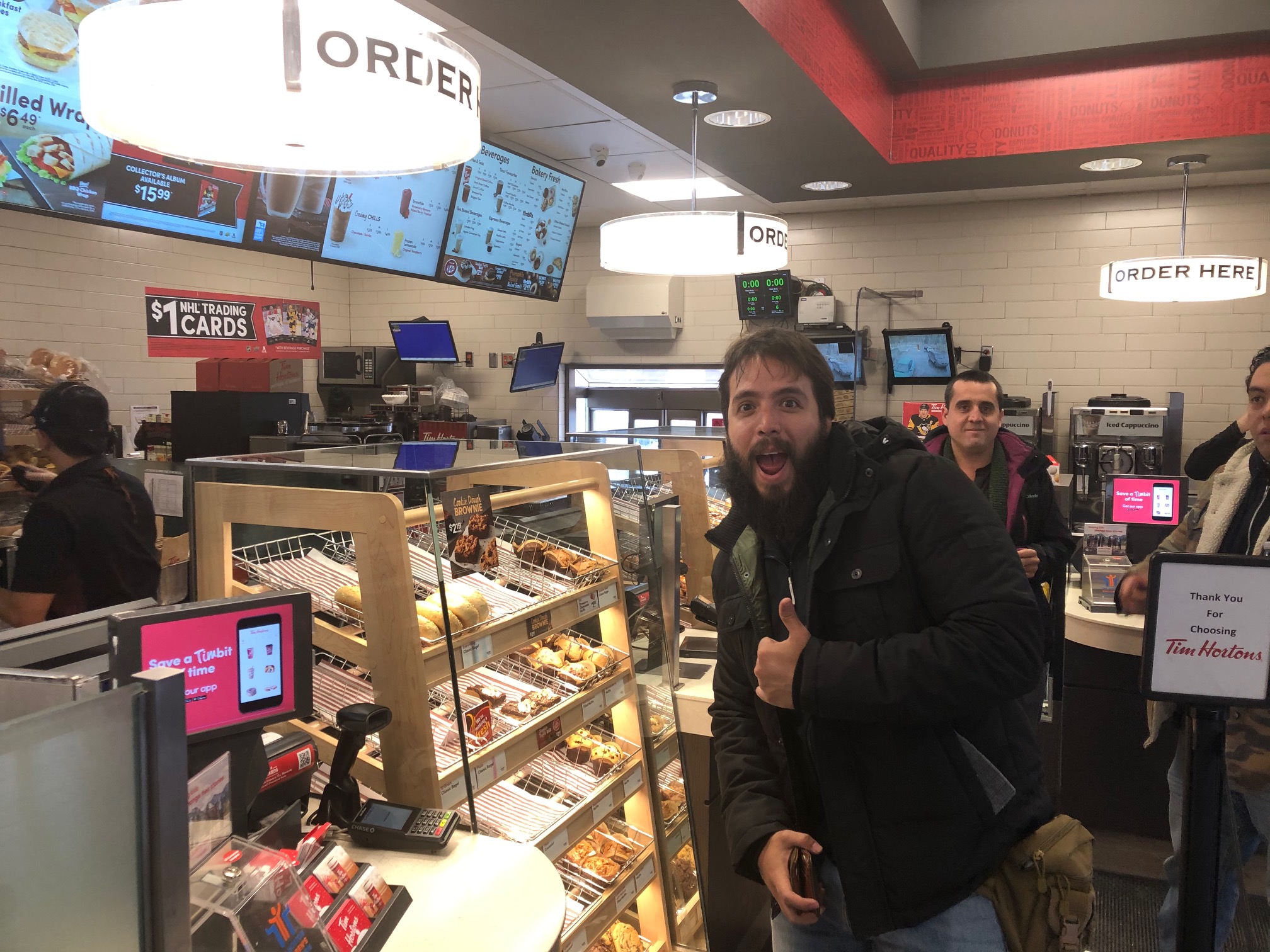 It was remarkable to see to see two incredible athletes, from two different countries hangout out and have fun learning from one another. Alex did a great job on set, and her personality really jived well with Rommel. What better way to show off Canada then to take a dozen people from Mexico to the Canmore on a day when it is blizzarding. They couldn’t believe their eyes, as the day before was beautiful, sunny, warm enough to not have to wear a coat. They were shocked by how much snow had fallen overnight, and how cold it could get. For us it was chilly, thankfully we Edmontonians packed extra mittens, toques, scarves and socks for our new friends. 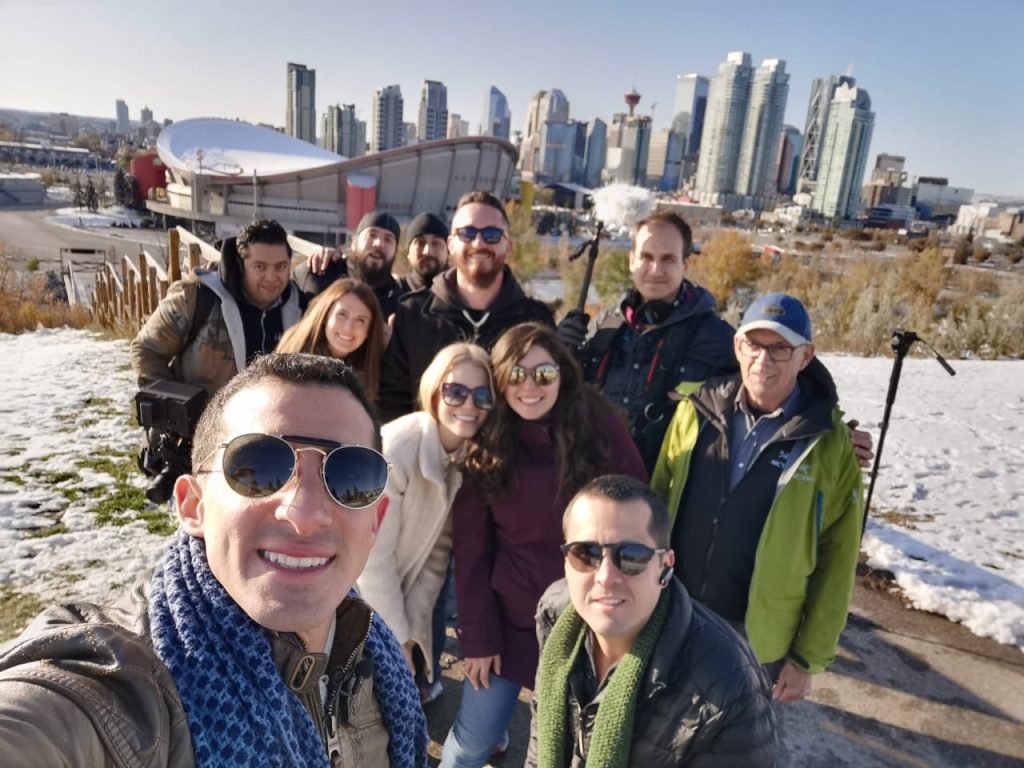 For Rommel Pacheco, Canada means a lot of things, challenge, winning, learning from losing, friendship, and specially, a reminder of what starting is. He had been to Canada before, and promised he would always return to Alberta to recharge his spirit or get inspired for his training and competitions since it was the place that supported him and taught him that no matter how you start, as long as you continue struggling. For us, being able to showcase Alberta and create the setting and arrange for the perfect shots for a video production to inspire others to explore our country is an honour. Canada is gorgeous but I believe that it is our citizens that make it home and fosters that sense of welcoming.

We are an Edmonton marketing agency that focus on delivering superior results through creative, video, and web services to our clients in Edmonton, Alberta and beyond.  We take pride in everything we work on. Let us know how we can help you today by visiting our contacting us.